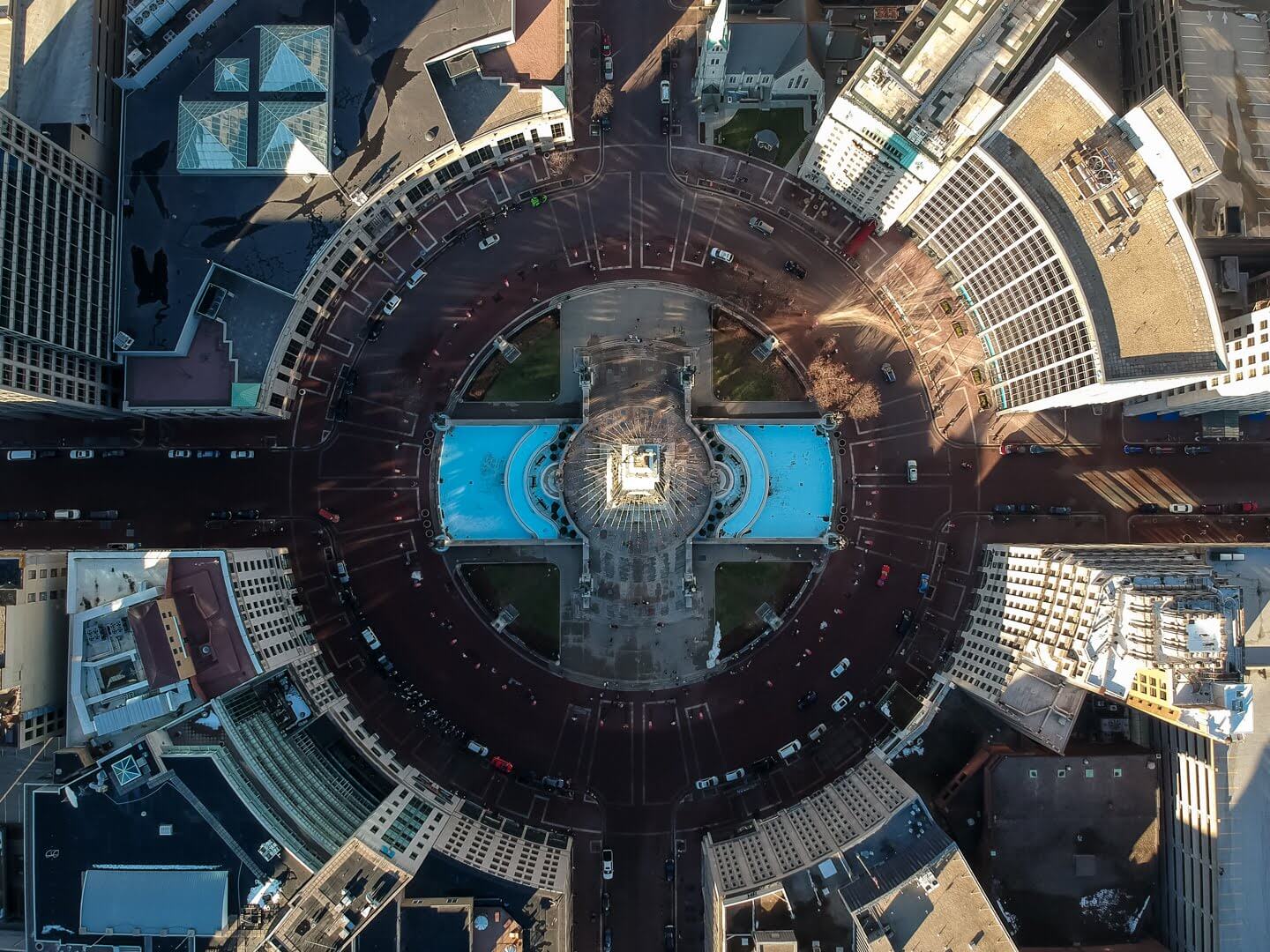 Above the Soldier and Sailors Monument

I am always looking for the best times to take photos over downtown Indianapolis. The Soldier and Sailors monument is a beautiful marker for the city, but it always packed with visitors and traffic around the circle.

Designed in 1888-1901, and built-in 1902 the Soldier and Sailors monument was erected to honor the Hoosiers that served during the American Civil War and a tribute to Indiana soldiers of the American Revolutionary War has been a center point of Indianapolis since.

Sneaking around to find the best vantage point to launch a drone from without people gathering around watching what you are doing has always been a challenge around major sightseeing areas. Luckily Beth and I discovered a rooftop close enough to launch the drone from with no one around.

Flying the drone during the holidays alleviates the massive crowds and the pressures that flying a drone creates. Fears of crashing or injuring a person from operator error or even damaging property is always a risk one takes while flying a drone.

We ended the day shooting photos of the monument and coming back in the evening to capture the Christmas lighting. But due to high winds, the drone wasn't safe enough to hover over Monument Circle. There is always next year. Happy New Year everyone.

All product names, logos, and brands are property of their respective owners. All company, product and service names used on this website are for identification purposes only.
All other works Charles W. Clark

All product names, logos, and brands are the property of their respective owners. All company, product and service names used on this website are for identification purposes only.
All other works Charles W. Clark﻿